Learning an instrument with the new music school

Contract between primary school and music school was signed

When school starts next week, the second grader of the primary school in Heiden will have the opportunity to learn an instrument during music lessons. The new founded music school of the Musikkapelle Heiden offers the lessons and provides instruments and teachers. The general frame-work is provided by the primary school. A contract fixing this arrangement was signed by their representatives recently.

Already last year the Musikkapelle and the primary school cooperated to establish a basic musical education. The professional music educator Ilona Lißt familiarized the first grader  with music in general and the different instruments. Within their regular music lessons she cooperated with the music teacher. „She made the children familiar with rhythm and instruments“ explains Dirk Föcker, chairman of the music school.

The basic musical education within the first year at primary school will be continued. „That’s part of our concept“ confirms Föcker who wants many pupils to get in touch with music really early and to get them interested into playing an instrument.

The costs for the basic musical education in the first year of primary school will be beared by the local community. The council has confirmed this treaty  before the summer holidays.

Children who became curious of music during their basic musical education and now want to learn an instrument get this opportunity within their second year at school.“23 of 60 pupils have registered“, explains Föcker. That’s more than expected compared to similar projects of other music schools.

The oncoming second grader can choose between five instruments: recorder, clarinet, trumpet, violin and guitar.  Professional teachers will teach them in groups of five pupils during the fifth or sixth lesson. „The clarinet is the most popular instrument at the moment. That’s why we have two groups“, reports Föcker. The instruments which are especially suitable for childeren have been supported by the Sparkasse foundation with 5.000 Euro and the music school financed another 5.000 Euro.

„These instruments are provided to the children“ explains Föcker the procedure. Parents have to pay for the weekly lesson and the instrument around 25 Euro per month.

From Föcker’s point of view the concept of this music education has a few advantages for the parents: „On the one hand the parents don’t have to buy a – sometimes very expensive – instrument. On the other hand they don’t have to bring – or even drive – their children to the lessons in the afternoon.“

Pupils who want to go on with their instrumental education in their third year then have to continue their lessons outside school. „Our cooperation ends after first and second year at primary school“, according to Föcker’s statement. Further education will take place at the music school within the Musikkapelle, the music school in Borken or with private teachers.

A cooperation for the third and forth year at primary school is not planned at the moment. 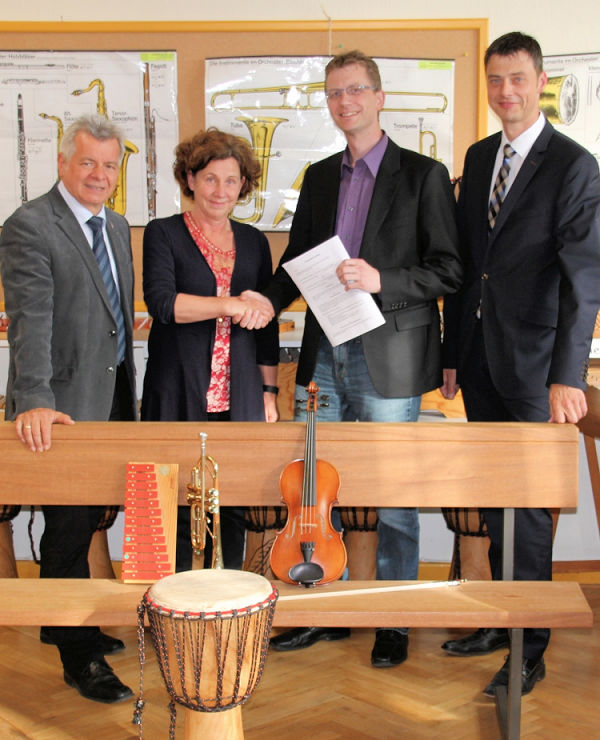 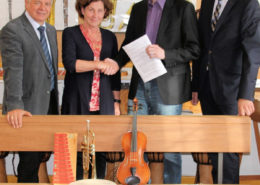