How do you manage to get children into music and catch their attention for about an hour? This was the aim of a common project      between the Musikkapelle Heiden and the local Marien primary school.

And they realized it with success on Saturday 7th and Sunday 8th November, when more than 1.000 children and adults visited their interactive musical „Max the rainbow knight“ in the Westmünsterland hall in Heiden.

A few months ago the Musikkapelle began with the rehearsals for the music. The choir of the primary school started studying the songs. The teachers Bernhild Dillage and Ruth Kirsch-Wansing practiced the songs again and again until the pupils could sing them blindfolded. To add suitable movements referring to the songs wasn’t a problem for the kids.
During the performance the choir kids presented their musicianship perfectly and with so much enthusiasm that some of  children in the audience were motivated to imitate the movements like drawing the rainbow or fighting a battle.

The Musikkapelle under the conductorship of André Baumeister was also well prepared and presented a wonderful balanced sound of the musical melodies from Christian Kunkel.

The story of the musical was easy to understand for everybody: the bad cat king named Brutus und his cat gang – acted and sang brilliantly by Christian Pieper and pupils – had sent King Maximilian and his royal household into prison and then ragged the castle.
When prince Max and his sister Lise returned home the mine dwarf Knut,who had hidden in the castle and wasn’t found by the cats, told the youngsters what had happened. With the help of the audience they managed to free the King, the Queen and the employees and celebrated a wonderful festival.

Knut, played very convincingly by Marianne Grütering, always managed to catch the children’s attention when they were asked for help. When performing the song „Go Brutus go“ the choir and the audience sang so wonderfully and loudly that Brutus and the cats were forced to hold their ears and leave the castle.

The conductor André Baumeister became an actor as well. When he discovered that the drums had been broken by the cats he needed the support of the guests to imitate the drums with clapping hands and stamping feet. Finally they managed to play the king’s hymn altogether.
It’s worth mentioning that the musical took place in front of a wonderful painted castle, in a well built prison and an exquisite throne room.

In the end all the actors, singers and musicians got much applause by the audience. Probably everybody wished that the time until the next common project in for years will pass very quickly. 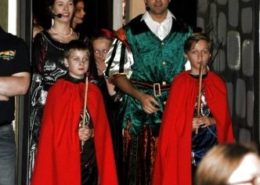 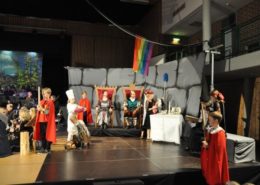 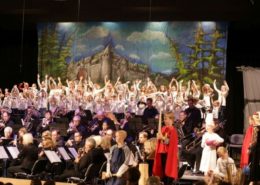 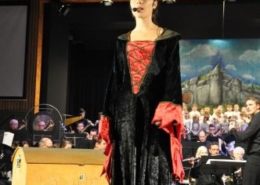 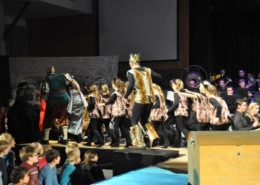 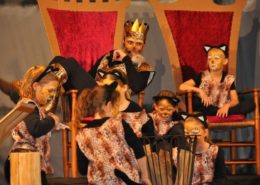 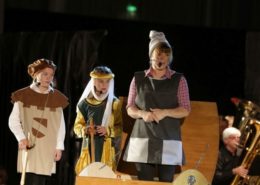 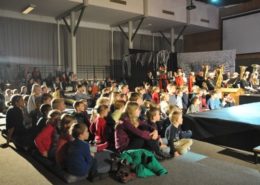 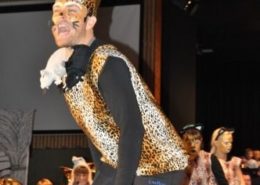 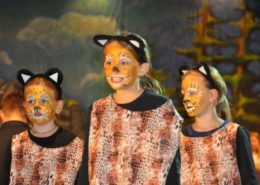 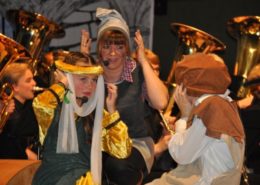 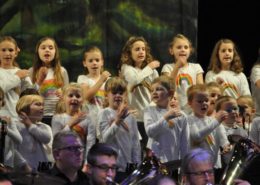 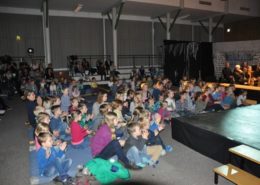 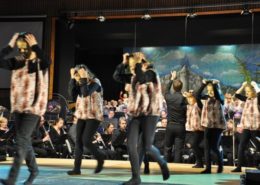 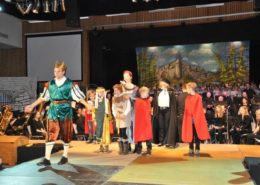 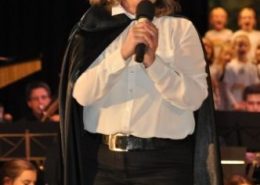 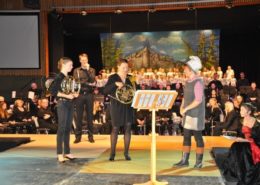 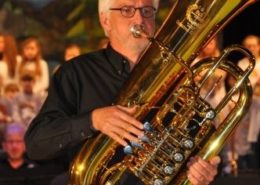 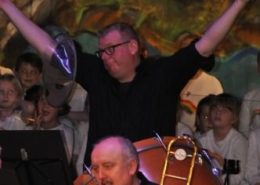 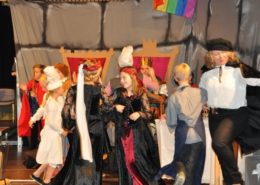 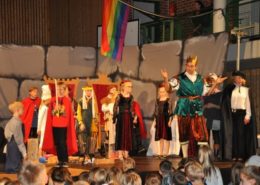 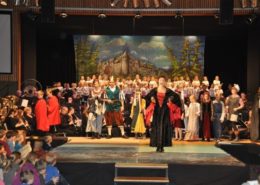 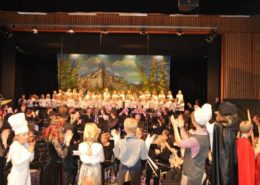