Premiere of the Heiden TonArt concert

Hungarian trombone player convinced also with his comedian talents at the first Heiden TonArt concert
You can play on the trombone and you can play with the trombone. That was demonstrated in an amusing way by Zoltan Kiss when giving a concert with the Heidener Musikkapelle on the premiere of the Heiden TonArt. About 400 guests met on the Old Church place on Saturday, 1st August – including the listening neighbours on their balconies.

At an impressive setting the Musikkapelle under the conductorship of Andre Baumeister began a wide musical journey. Starting with the demanding „Symphonic Ouverture“ from the American composer James Barnes, followed by the wonderfully played „Pilgerchor aus Tannhäuser“ from Richard Wagner, the orchestra presented their musicianship when playing emotional Latin rhythms in „Danzon no.2“ or fast Irish tunes in „Come to Ireland“.

At the beginning of the second half moderator Philipp Dienberg welcomed
Zoltan Kiss on stage. The trombone player fascinated the audience instantly with the easiness of his instrumental playing. Orchestra and solist completed each other due to the professional conductorship of Andre Baumeister.

Having listened to the sound of „Children of Sanchez“ the audience could then enjoy the music of „Barcelona“ from Queen. The wonderful alternated melody between trombone and fluite surely led to goose bumps on some guests‘ skin.

When performing the „Hungarian Schnapsody“ from Leonhard Paul, Zoltan Kiss demonstrated that he is not only a very talented trombone player but also a pretty good comedian. With his acting while playing he created a story out of this piece of music. It was a pleasure to watch and to listen to this excellent teamplay between the Musikkapelle and Zoltan Kiss.
After this final highlight the audience demanded an extra piece by heavy applause. Certainly, their wish came true.

The potential of the Old Church Place as an ideal spot for an open air concert was shown by this event. Probably this wonderful night won‘ t be the last happening at this setting. Let’s wait for the next event to come. 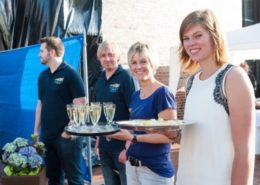 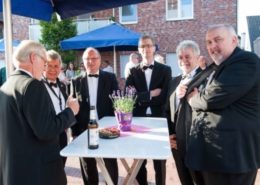 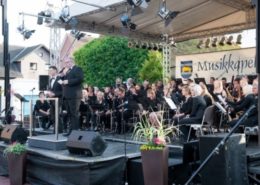 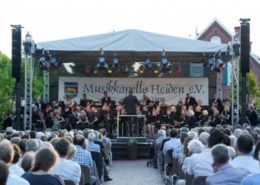 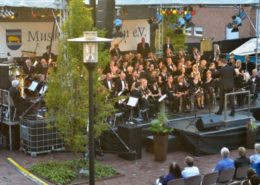 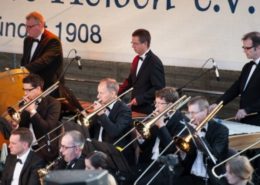 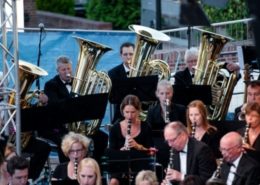 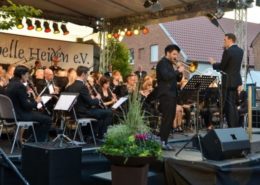 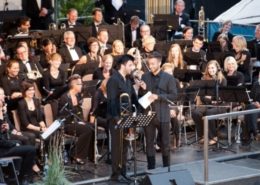 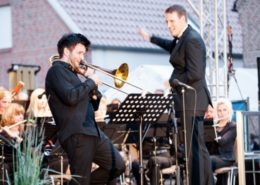 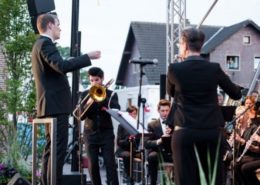 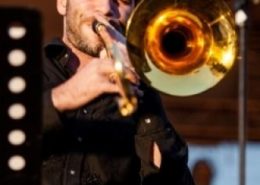 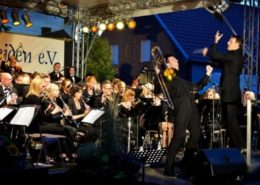 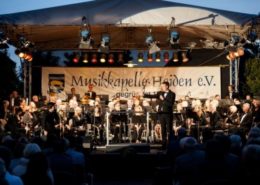 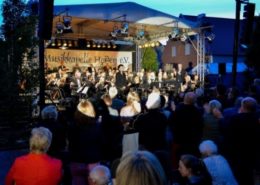 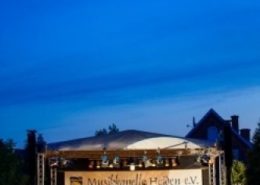