Even if you hadn’t studied the concert programme of the spring concert in advance you could have guessed what the topic of the evening was: the Statue of Liberty in front of the New York skyline in the entrance hall of the Westmünsterland hall, the American flags and ballons everywhere they all indicated that it is going to be an American music night.

The chairmen of the orchestra Johannes Gesing and Jörg Wehling not only welcomed the 700 listeners  in the concert hall but also the friends of the Lancaster Community Band in Wisconsin as the event was broadcasted to Lancaster via facetime.

The Youth Orchestra under the conductorship of Ralf Schmittkamp started off with the piece „Virginia“ composed by Jacob de Haan telling the history of colonisation, slavery and civil war. Having listened to the well-played gospel „Just a closer walk with thee“ from Calvin Custer and the lively „Disney Razzamatazz“ the audience asked for an extra piece by strong applause. The young musicians didn’t mind and enjoyed playing „One moment in time“.

demanding piece of music concerning rhythm and dynamic. However, the conductor André Baumeister did a very good job conducting his orchestra.

When listening to the wonderful melody of Dvorak’s „Largo“ from his ninth symphony „From the New World“ the audience also got to know a definition of music from the moderator team Marianne Grütering and Annette Nienhoff: „With an orchestra of nearly 80 musicians we will give EVERYTHING at some parts to make you hear nearly NOTHING – that is also music“.

Intensive rehearsals were necessary to handle the very difficult and quick parts of the „Symphonic Overture“ from the American composer James Barnes. Especially the soloists at the saxofon, the English horn, tenor horn and the piano did a very good job.

A special highlight was celebrated in the second half of the concert: Heinz-Gerd Möllmann and Hans-Georg Knüwer were honoured for their 50th anniversary membership in the Musikkapelle.

Well-known American tunes were played for the guests furthermore. Zippy jazz pieces form the American folk opera „Porgy and Bess“ by George Gershwin or best of funk and dixie sound from „Songs of the Wizz“, the orchestra always presented sophisticated dynamic, balanced teamplay and convincing solos – a real pleasure for the audience.

That’s why the guests were demanding more music after having listened to the last piece of music in the programme – a medley of popular songs of the swing legend Glenn Miller. With the march “

Circus days“ and „Amazing grace“ the orchestra finished their musical trip to „The New World“ and the musicians were honoured with standing ovations from the audience for a great successful concert night. 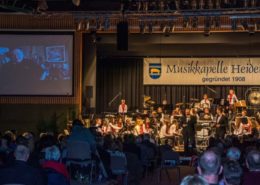 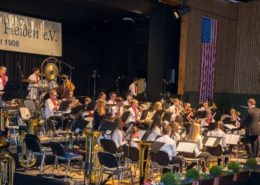 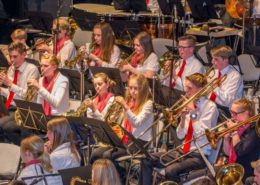 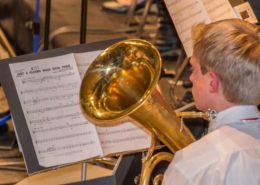 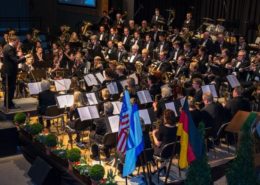 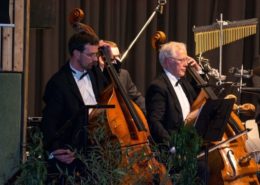 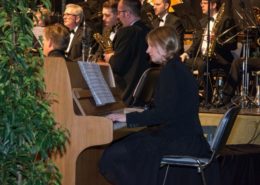 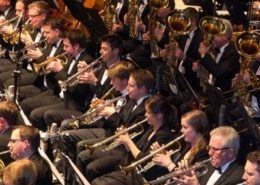 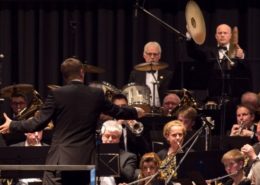 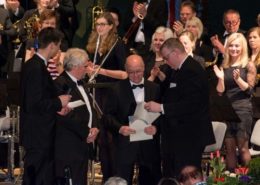 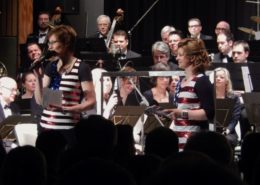 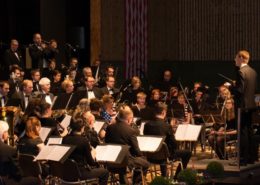 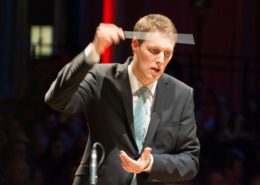 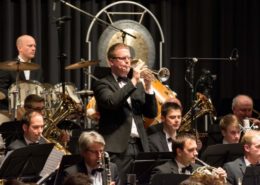 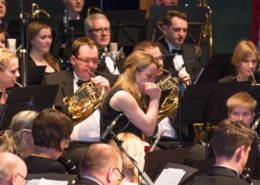 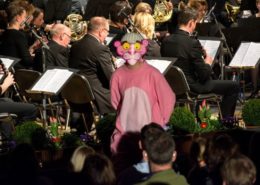 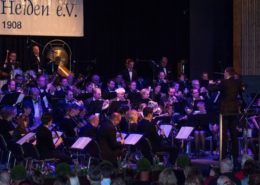 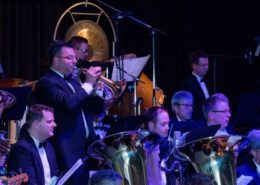 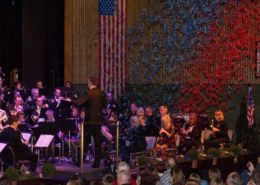 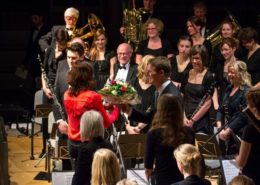 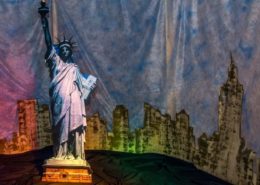 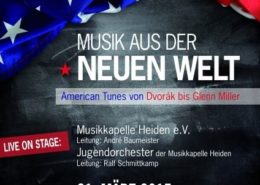